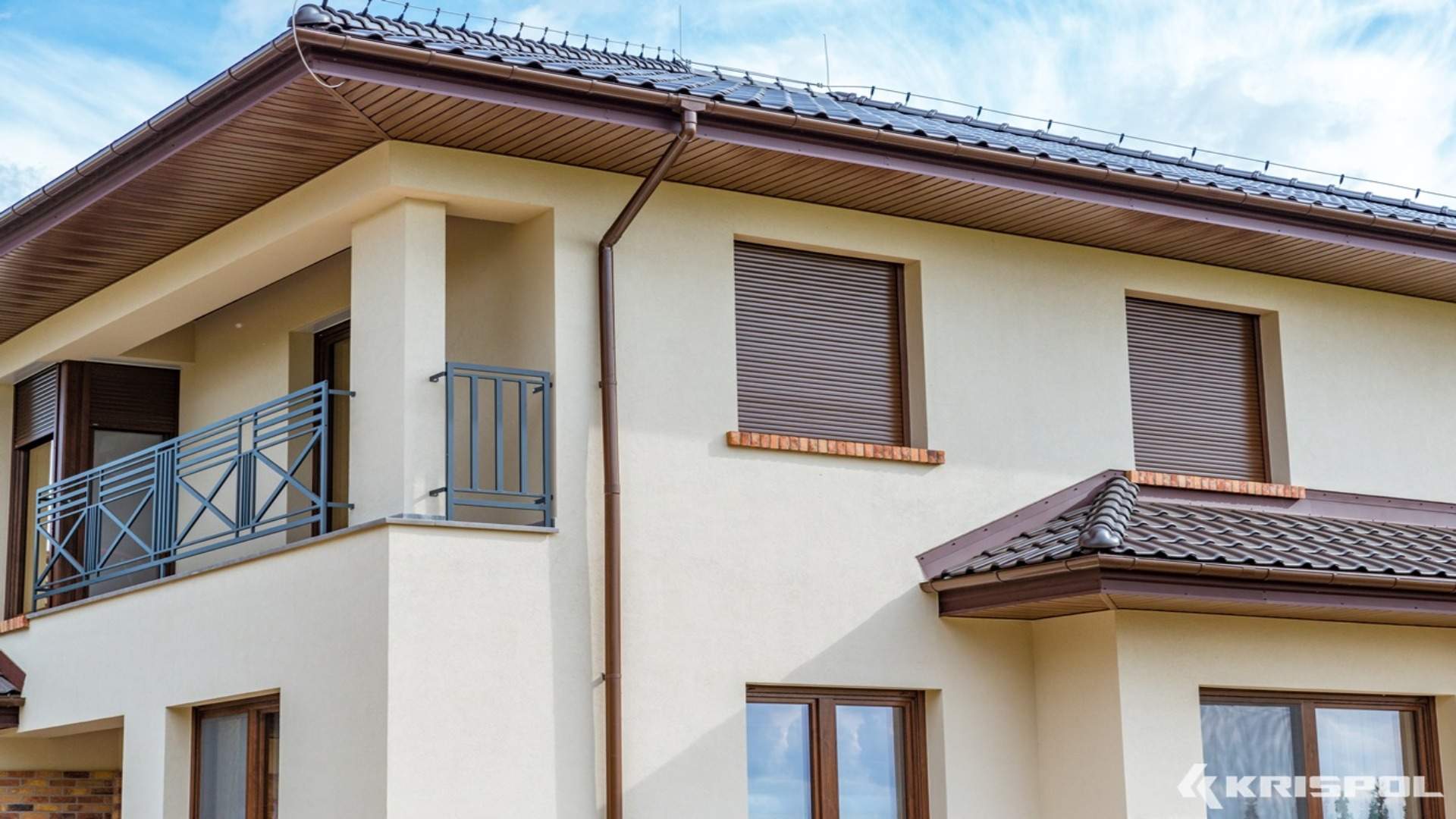 Windows with even the best parameters will not fully serve their purpose if they are installed incorrectly. Incorrect installation may cause them to be leaky and quickly damaged. How to be sure that the fitting team fulfils its task properly?

Installation of windows is as important as their choice

When thinking about replacing windows or installing them in a newly-built house we usually focus on such issues as the right shape and materials of the frames. Well-chosen windows often determine how the facade of the building will look like, they also affect the appearance and illumination of rooms. No wonder that the aesthetics of windows is an important issue for buyers. Apart from that, a lot of attention needs to be paid to choosing the right window parameters regarding thermal and acoustic insulation, safety and light transmission.

Although these two things – the appearance of the windows and their properties – are taken into account by almost everyone, many people rely on professionals when it comes to the installation of windows. Installation of windows is a serious matter, so yes, it should be entrusted to an experienced team, but it’s still worth knowing how the process works. If only to make sure that no mistakes are made, the consequences of which will negatively influence our comfort. Remember that even the best, energy-efficient windows will be leaky if they are installed carelessly.

In the following paragraphs we describe the mistakes you will most often encounter during the individual stages of window installation.

Proper planning is as important as the window installation process itself. You need to choose the right moment to place the joinery, both windows and doors. Especially in case of wooden windows it is best to do it after the works such as screeding and plastering inside the building have been finished. Additionally, if external insulation of walls is planned, it is better to install windows before this process begins.

Incorrect preparation of window openings is a mistake made relatively often – and it is easy to spot it early enough if you know what to pay attention to. Remember that window openings must be properly prepared, not only to place the window in it but also to make proper measurements beforehand.

Window reveal treatment includes first of all levelling their surfaces. These should be flat, without irregularities, gaps and cracks. All such imperfections may result in difficulties with tight sticking of the sealing foil during the proper part of the window installation. We should pay attention to the leveling of the bottom edge – it is the edge on which the window rests and that is why it is important for it to be perfectly even. Finally, the walls should be measured for flatness and verticality.

Mistake No.3 Incorrectly performed measurements of the reveal

Another common mistake is installing windows too small or too large in relation to the frame. This is usually the consequence of incorrect measurements. The measurement of the reveal should already be done after the edges and foundation have been levelled, but before the external walls have been plastered. If you measure the reveals before they are aligned, it may turn out that there have been some changes in the dimensions when the walls were aligned – and in this case, even a millimetre can make a difference. Measurements must be taken very carefully with a tape measure and spirit level. Measurements should be taken on both sides of the window frame (outside and inside), and you should also make sure that the angles of the window opening are actually straight.

For the window to be installed correctly, it must be slightly smaller than the reveal, i.e. a small gap must be left in case the window deforms due to temperature fluctuations. You should also take into account that the correct width of the gap between the window frame and the frame depends not only on the length of the frame, but also on what type of window you order. It will differ, for example, depending on whether the windows are made of wood, PVC or aluminium. Usually, in the case of wood, the gap should be a little smaller.

If it turns out that there have been some measurement errors, installing the wrong size of window will almost certainly cause problems in the future. If the gap is too small, the frames may be damaged (due to deformation caused by temperature changes). This will result in problems with opening and closing the window, especially in summer. You can also expect problems with window tightness.

When, on the other hand, the gap is too large, the fitters will probably try to deal with the problem by applying too much foam, which, unfortunately, may also lead to frame damage. A window that is too small will not be able to connect properly to the wall, which will have a negative impact on its tightness. So if you find out afterwards that the window is too small, consider using a special skirting or cellular concrete blocks.

Mistake No.4 Installation of a window on a dirty surface

Careless crews sometimes place a window on a dirty substrate – this is one of the biggest sins you can commit when installing windows. It is also the easiest mistake to avoid. Just before installing a window, the base of the frame should be very carefully cleaned. If there is dirt on it, such as dust or plaster fragments, the window will not be tight! Foam spread on a dirty surface will not adhere to it well enough, which will lead to subsequent leaks, and cold air will get into the house through small gaps between the window and the wall. In addition, such dirt will absorb any moisture. So before you start the actual window installation process – check that the foundation of the reveal has been cleaned.

Mistake No.5 Incorrectly fixed windows, i.e. installed without sill strips or without connectors

If you find a careless or inexperienced window fitter, he may want to fit the window directly into the frame – without sill trim. Do not believe the information that they are not necessary: the lack of a sill strip will make it more difficult to install the sill properly later on. If the window is installed without a drip moulding, it is likely that water will leak in the future. Moisture will not only enter the room and penetrate the wall, but it may also cause unsealing at the joints – and thus the window will no longer effectively protect against cold air blasts. It is also a bad idea to install the window without support blocks – the movement of the frame on the wall or insulation will lead to deformation and cracks in the plaster.

The window frame should be installed using special dowels, anchors, screws or bolts. The use of specific tools depends mainly on what material the walls are made of. For example, in case of wooden or light concrete houses, screws are usually used. Anchors – if the frame spacing is too large for dowels. In houses made of concrete, solid and silicate bricks or hollow bricks, both dowels and screws can be used. Dowels are also used in walls made of aerated concrete, stone or clay tiles.
Fixing points should be placed at appropriate distances – both too few and too many of them will be problematic. It is usually assumed that the correct distance between them is 70 centimetres in the case of PVC or aluminium windows and 80 centimetres in the case of wooden windows. However, the correct distance between fixing points should be specified in the manufacturer’s instructions – individual windows can vary greatly, so it is best to follow the instructions.

Nowadays it rarely happens that professionals try to install windows only with foam, omitting the presence of mechanical connectors, but if you find a team using just such a technique – you must not allow it. Otherwise, it may lead to deformation of frames, formation of leaks and cracks in the plaster (and in turn the dampness will penetrate these). You should also pay attention that there are not too many connectors – if the window is installed with too many anchors or screws, the connection between the window and the wall will be too rigid. This creates some risk of warping the window due to temperature fluctuations.

Incorrectly sealing a window is probably the most common mistake you will encounter when it comes to window installation. Only careful sealing guarantees full protection from moisture. The most important rule to remember when sealing is: tighter on the inside than on the outside. A joint subjected to really good insulation will have as many as three layers: internal (sealing tapes, which prevent the permeation of air and steam), middle (foam, insulating both thermally and acoustically) and external (impregnated layer or expansion tapes). An assembly that includes such a comprehensive seal is simply called a “layered assembly” (sometimes the name “warm assembly” is also used in such cases, although technically this is not correct).

The use of foam alone as a sealant can hardly be considered a mistake – if we have not decided to order layered installation, it is with the help of it that the windows will be sealed. With foam you can get a good result, at least if the team is not negligent. As already mentioned, the foam can only be placed on a cleaned substrate. It is important to distribute the right amount. If you use the foam sparingly, you will end up with unsealed areas. The consequence of using too much foam may in turn be deformation of the window profile. The foam must also dry thoroughly before it is treated.

Mistake No.7 Leaving the protective film on

The mistake is not so much in the installation process itself, but in our behaviour before or just after it. Removing the film before or immediately after the installation is a mistake, but so is not removing the protection for too long. The protective film should remain on the windows during the installation itself and while construction and renovation works are carried out in the house – for example external plastering. Removing it too early will probably result in scratches or stains that are difficult to clean. However, if the foil remains on the window for too long, its removal will become difficult, if not impossible, due to the influence of weather conditions. That is why it is best to get rid of that protection within a month (max. two) after installation.

What is worth remembering when installing windows?

There are two things you should keep in mind when installing windows. Firstly, diligence is more important than fast work. Secondly, the way in which the installation is carried out differs depending on many factors. For example, the type of wall (the material it is made of, whether it is single-layer, double-layer or has internal insulation), where the window is to be installed (in the roof or in the wall), and above all: the window itself. Remember that each window is different – so it is obligatory to read the manufacturer’s instructions before the professionals get down to work.

If you notice any irregularities in window installation, don’t be afraid to point them out. Some mistakes can be corrected if they are noticed early enough. On the other hand, if you don’t react – you risk later problems or even the necessity to replace the newly installed windows.