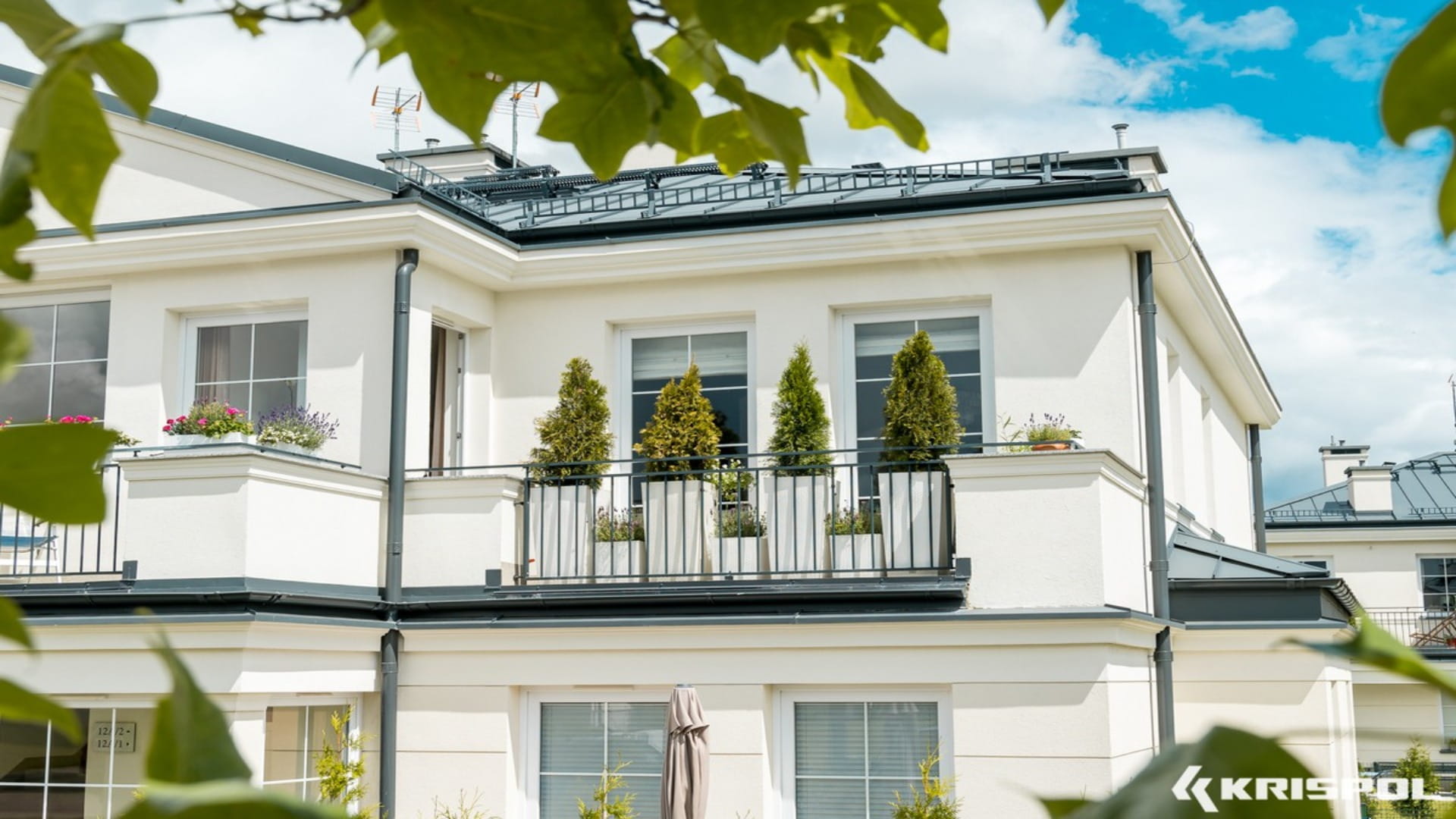 Nowadays, both customers and designers of window joinery place great emphasis not only on safety or thermal insulation, but also on aesthetics. One of the inconspicuous but key elements that affect the appearance of windows are the hinges. Woodwork with so-called invisible hinges has become particularly popular. What distinguishes concealed hinges in windows? How are these types of window fittings constructed?

Windows with concealed hinges, also known as windows without hinges or windows with invisible hinges, are an increasingly popular choice among customers. They are mainly chosen by people who appreciate aesthetic solutions. Do you belong to this group? Find out why concealed hinges in windows are not so much a trend, but more and more often a standard in modern architecture.

CONCEALED HINGES IN WINDOWS – WHAT IS IT?
In AIMWIN joinery, we use special tilt and turn fittings as so-called invisible hinges, which are completely hidden in the rebate clearance. This allows for free opening, opening and tilting of the window sashes in exactly the same way as with standard hinges. In the closed position, none of the hardware components, including the hinges, can be seen from the outside.

How is this possible? The metal components which protrude from the window frame in standard hardware, have been redesigned in this model so that they are completely “hidden” in the space between the frame and sash. 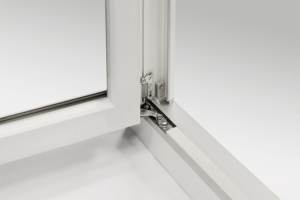 ARE WINDOW FITTINGS WITH CONCEALED HINGES AIRTIGHT?
Concealed hinges in windows allow for an aesthetically pleasing, modern and minimalist appearance of the joinery. Their use also gives you freedom in the choice of window veneer, as there is no need to match the colour of the cover for the protruding hinges to the veneer. Hinges hidden in the dry chamber of the window allow for the use of an uninterrupted rebate seal along the entire perimeter of the sash. They thus have a positive effect on increasing the thermal insulation and tightness of the windows, and consequently the energy efficiency of the joinery.

ARE CONCEALED HINGES IN WINDOWS SAFE?
Windows in which window fittings with concealed hinges are used are characterised by equally effective or more effective burglary protection than models with standard fittings. How is this possible? The locking system of windows with concealed hinges consists, among other things, of mushroom-shaped pins with octagonal cross-sections, as well as strikers made of either standard or burglar-resistant steel, which are fitted to them and distributed around the perimeter of the window. The safe use of windows with invisible hinges is also influenced by the sash movement range of up to 95 degrees, provided that the window recess is properly prepared. 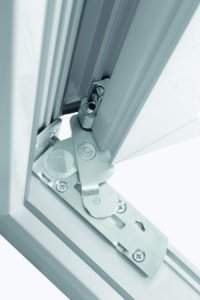 ARE CONCEALED HINGES IN THE WINDOW DURABLE?
Are you afraid that you will “pay” for the aesthetic appearance of your windows by their lower durability? On the contrary! Concealed window hinges are characterised by exceptional durability, as well as minimal and lower wear and tear than in windows with standard hinges. Thanks to their specific design with a so-called fixed pivot point, they do not require adjustment. In return, you obtain high stability of the fitting and no problems such as e.g. sash dropping, or the inability of the sash to fit the window frame. The faultless operation of concealed window fittings is also due to the lack of contact of the hinges with dirt from outside.

ARE CONCEALED WINDOW HINGES EXPENSIVE?
Do you like the idea of ordering window joinery with concealed hinges, but are worried about the cost? Many people think that innovative solutions must be expensive. At AIMWIN, we think otherwise. Concealed hinges, which improve the aesthetics of the joinery, increase the tightness of the windows and their thermal insulation, as well as facilitate cleaning and do not require adjustment, can be ordered for a small fee for windows of different sizes.